You are on: Mission Statement tab

In June 2008, the Royal Bank of Canada (RBC) acquired RBTT Financial Group (RBTT) creating RBC Financial Caribbean, one of the most extensive banking networks in the Caribbean.

With more than 100 years of heritage serving the region, RBC is positioned to give customers access to an expanded network of international financial services with a broader range of products and greater geographic reach.

At RBC, our greatest assets enter and leave our offices every day. We are fortunate to have the best and the brightest serving our clients, working together to deliver on our strategy, and creating value and growth for our shareholders.

You are on: Regional Development tab

You are on: Corporate Responsibility t tab

Following Royal Bank of Canada's acquisition of RBTT, we announced the launch of the RBC/RBTT Caribbean Children's Cancer Fund. The Fund is intended to assist young persons up to the age of 16 years who have been diagnosed with cancer with the necessary care and treatment.

To achieve this bold mission, RBC Financial (Caribbean) Limited has partnered with the Cancer Treatment Foundation (CTF) and has committed an annual contribution of US $200,000.00 over the next five years towards the cost of medical treatment in the fight against pediatric cancer.

You are on: History

RBC’s roots began when a group of merchants from Halifax, Nova Scotia who were engaged in the thriving sea-going trade between Halifax and the West Indies formed the Merchant's Bank in 1864. In those days Canadian southbound ships carried mainly flour, codfish and timber, returning north with their cargoes of sugar, rum, cotton and spices.

Through branches established in all major trade centres in the Caribbean, RBC offered valuable facilities for promoting trade.

The Bank's first venture south was Bermuda in 1882 followed by Cuba in 1899. By 1914, the Bank's international network included Puerto Rico, Bahamas, Trinidad, Jamaica, Dominican Republic, Barbados, British Honduras (now Belize) and Grenada. In that same year, RBC purchased the British Guiana Bank that had opened in 1836. By 1984 the Bank had opened a total of 15 branches in Guyana (formerly British Guiana) but in November 1984 RBC ceased to operate there. The Bio-diversity Centre in Georgetown, created to study Guyana's largely intact rain forest, was built with funds from RBC's operations in Guyana, since foreign exchange restrictions made it impossible to take them out of the country.

Expanding through the Caribbean

In 1915, branches were established in three Eastern Caribbean islands - Dominica, Antigua and St. Kitts. Between 1917 and 1920 the bank opened branches in Nevis, Montserrat, Tobago, Martinique, Guadeloupe, Haiti and St. Lucia. Branches were subsequently opened in St. Vincent in 1959 and Grand Cayman in 1964.

By 1996, RBC, or its subsidiaries, had consolidated its operations with 1,190 employees in Antigua, Bahamas, Barbados, Cayman Islands, Dominica, Montserrat, St. Kitts and St. Lucia. In 2002, management of the entire area of eight countries and 14 islands was moved to Nassau, Bahamas from Toronto, Canada, with a regional office in Barbados. In 2008, RBC completed the purchase of RBTT Financial Group and created one of the most extensive banking networks in the Caribbean.

RBC has a presence in 20 countries and territories across the Caribbean, with 125 branches and close to 6,800 employees serving more than 1.6 million clients. RBC’s Caribbean headquarters are based in Port-of-Spain, Trinidad. 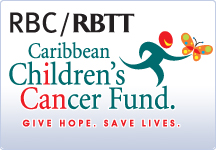